Bred for Pleasure: Swimming with Dolphins in the Desert

Home/Blog/Campaigns/Captivity Industry/Bred for Pleasure: Swimming with Dolphins in the Desert 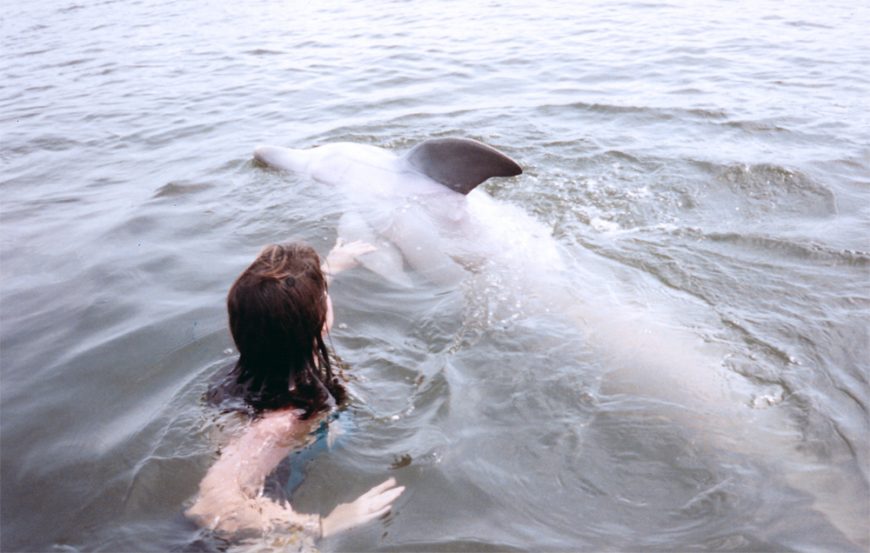 The Dolphins both rejoice in the echoing shores and dwell in the deep seas, and there is no sea without Dolphins.” ~ Oppian, “Halieutica,” Book 1

For thousands of years, dolphins have graced the myths of cultures throughout the world. There are narratives of dolphins rescuing people at sea; even dolphins and ancient Gods exchanging forms. By all accounts, dolphins have been respected, protected and in some instances, revered.

Fast forward to the modern world, where dolphins have been live-caught at sea, held against their will in captive facilities, and bred to fulfill the demands of those who crave a close-up encounter with the sentient mammals. Perhaps there is some truth to the cliche, “love is blind,” for those that support the captive and swim-with industries are indeed loving dolphins to death, and, at the very least, sentencing them to a life of servitude. As for those who who are brokering the animals and building new dolphinariums and marine parks, a different kind of love is involved: the love of money.

Taras, son of Poseidon, riding on a dolphin after being rescued at sea

With an average ticket for an in-water dolphin encounter ranging from $100 to $200 USD per person, the profit potential is enormous. Coupled with the ability to accommodate dozens of people each day and a seemingly endless supply of “talent,” it’s no wonder so many swim programs are in operation.

The latest such venture – Dolphinaris Arizona – is slated to open in Scottsdale at the end of the summer. And while we shouldn’t be surprised, this news comes on the heels of other institutions, including the National Aquarium in Baltimore, looking to retire their dolphins.

Dolphinaris is one of the world’s leading providers of dolphin experiences.”*
*Source: Dolphinaris website

According to the company’s website, Dolphinaris is developing the “next generation” of dolphin experiences, and “hoping to deepen respect for dolphins.” It’s a little difficult to envision “next-gen” dolphin advocates emerging as a result of participating in encounters filled with gentle caresses and hugs and kisses.

Ensuring an endless supply of talent, Dolphinaris boasts their animals have all been born in captivity. The implication that it’s okay to factory farm animals for entertainment is not lost on us.

Now for the facts

Swim-with-dolphins (SWD) programs place extraordinary amounts of stress on captive dolphins, who may interact with over 50 tourists a day. According to a report by Delfines En Libertad, entitled “Report on captive dolphins in Mexico 2015, “The SWD activities have become a prime tourist attraction, with all major tour companies selling and promoting SWD excursions. The demand to swim with dolphins in captivity has enabled the Mexican dolphinaria industry to grow exponentially.” It should be noted that Dolphinaris Arizona is based in Mexico.

Dolphins undergo a grueling training regimen, to prepare them for SWD programs. They are trained into submission through food deprivation techniques, kept hungry so they will perform on demand. They are routinely medicated to combat the physical and psychological stresses placed upon them. As such, many die prematurely due to illness or stress-related disorders.

In this industry, it is considered the norm for dolphins to be confined in tiny, chlorinated tanks, where they are subject to relentless sun exposure (often resulting in sunburn), noise pollution, continuous human interaction and water toxins. The majority of dolphins who participate in SWD programs clearly show physical indications of overwork such as persistent open wounds and abrasions as a result of the encounters.

Sign the petition: A Big “NO” to Captive Dolphins in Arizona!