Breaking: US Citizen Harassed by Japanese Nationalists at the Cove

Home/Blog/Campaigns/Dolphin Hunting/Japan/Breaking: US Citizen Harassed by Japanese Nationalists at the Cove 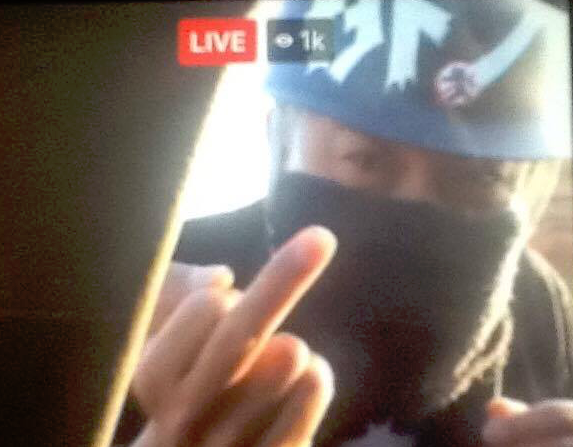 On Sept. 11, 2016, Dolphin Project Cove Monitor Daniela Moreno was stalked by a Japanese Nationalist Group for taking pictures at the cove in Taiji, Japan. Moreno, who is alone in Taiji documenting the annual dolphin drives, was subjected to repeated aggressive and threatening gestures by Japanese Nationalists.

Once this nationalist realized he was being filmed, he covered his face.

Local police, who advised Moreno to remain in her car, attempted to act as a buffer between the angry Nationalists and the Dolphin Project Cove Monitor, yet Moreno was still forced to endure almost an hour of intimidation. At one point, one individual opened her car door, hit the vehicle and screamed, “Yankee — get out!”

At first, the Nationalists were unmasked, but after realizing their actions were being aired live around the world, they donned uniforms and face coverings.

This second Japanese Nationalist donned military-style clothing after he realized he was being filmed.

Moreno has a visa to be in Japan and is not breaking any laws. Local law enforcement should know that stalking is illegal in Japan. Making obscene gestures is also illegal, and yet the perpetrator/s were not arrested or charged. Moreno meanwhile, displayed uncommon class, restraint, and strength under fire, and we are happy to report that she is safe and will continue her vigilance for the dolphins.

“As a U.S. citizen she has a right to be there and stalking is a serious crime in Japan,” said Ric O’Barry, Founder/Director of the Dolphin Project. “We question why the police are allowing them to do this.”

Daniela Moreno will be pressing charges against the criminals involved.