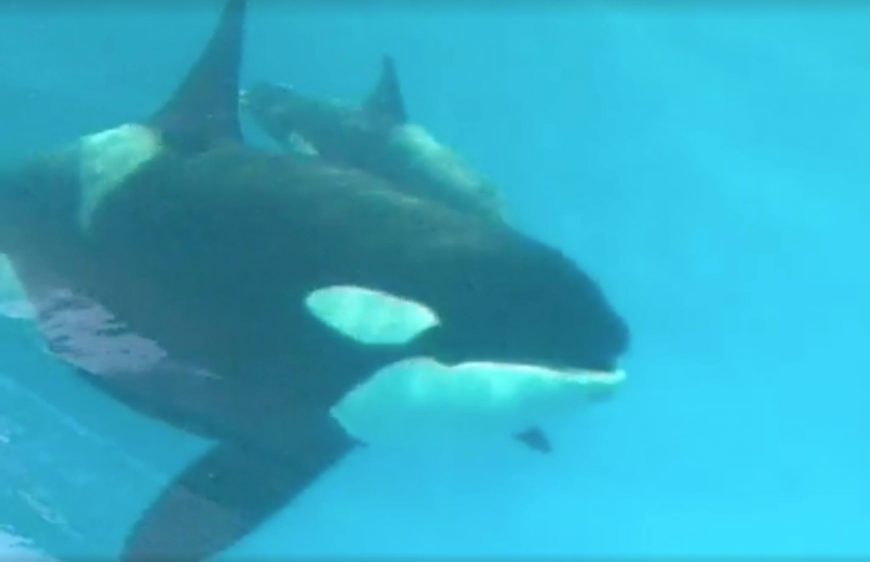 On April 19, 2017, SeaWorld San Antonio announced the birth of a baby orca to mom Takara. Now, three months later, she is dead.

Given that SeaWorld has ended its orca breeding program, the calf, Kyara, will be the last born at the park. The cause of her death, listed as July 24, 2017, has not yet been determined. According to SeaWorld, she was being treated for an infection, likely pneumonia, which progressed into a fatal disease.

According to the Merck Veterinary Manual, “…the chief cause of death in captive marine mammals (other than polar bears) is believed to be pneumonia. Most cases of marine mammal pneumonia have significant bacterial involvement, and most organisms cultured from terrestrial species have been identified in marine mammals. Pneumonia often can be considered the result of mismanagement, although even in carefully managed captive animals pneumonia-associated mortality is common.”

Kyara wasn’t the only orca battling an illness. Her grandmother, Kasatka, the matriarchal orca at SeaWorld San Diego was documented last month by a park visitor being lined up for the administration of medication. In August 2016, SeaWorld released information that Kasatka had been suffering from a bacterial respiratory infection. The park announced that the whale’s chronic health problems were finally taking their toll. Kasatka, they said, was “having a more difficult time fending off the illness,” due to a weakened immune system.

After years of profiting off the backs of their captive “entertainment,” it’s time SeaWorld put ethics over dollars. Yet despite SeaWorld’s changes to their orca displays, captivity will continue for the orcas currently being held in their tanks. None of the mammals will be given a proper retirement, nor will there be any seaside sanctuaries built.