BREAKING: Real-Time Brutality in Cove as Dolphins Held Another Night

Home/Blog/Campaigns/Japan/BREAKING: Real-Time Brutality in Cove as Dolphins Held Another Night 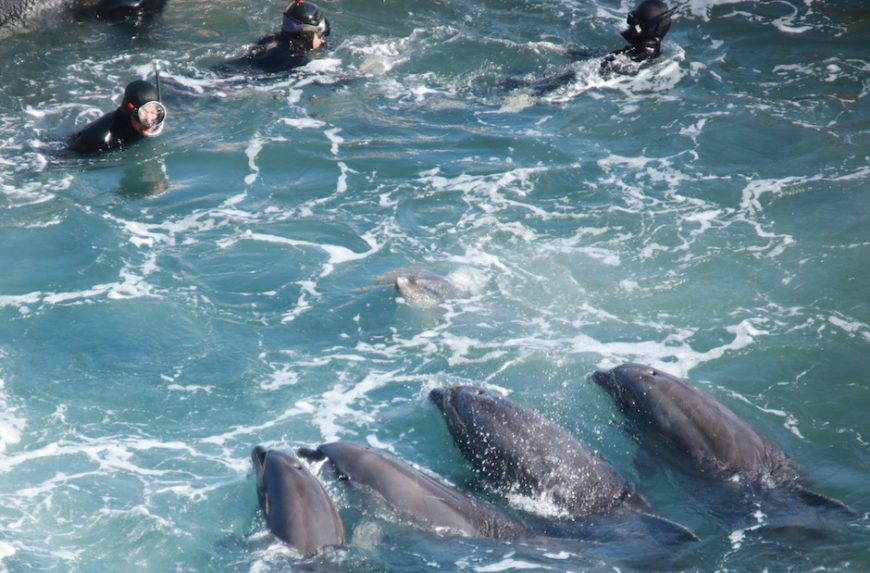 Dolphins panic as they are brutalized into submission, Taiji, Japan
Credit: DolphinProject.com

We are asking for your help. If you are reading this blog at the time of writing, dolphins are still in the cove.

Dolphin Project Cove Monitors live streamed on Facebook in real-time as dolphins were wrestled into submission. The world watched and listened as their suffering dragged on for hour after hour. After “sorting” through approximately half the pod, divers and trainers left for the day, leaving the exhausted and panicked dolphins alone for another night with no food (and thus, no hydration).

Their suffering will persist tomorrow as the captive selection process continues.