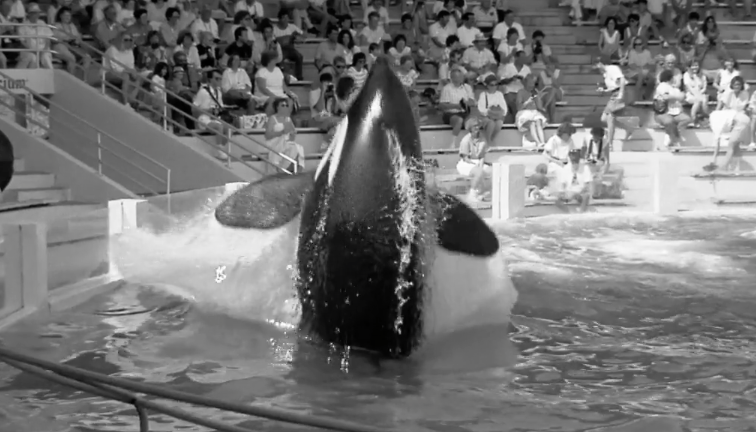 It’s been a long time coming but finally something has gone Lolita’s way. The lonely orca who has resided in an undersized tank at the Miami Seaquarium for more than 40 years, will finally earn the endangered species status afforded to her own family members. Following a legal challenge by animals activists which addressed Lolita’s exclusion from the Endangered Species Act (ESA), the National Oceanic and Atmospheric Administration (NOAA) today granted her inclusion in it. NOAA said of its decision:

Lolita is a member of the Washington State Southern Resident population of orcas who NOAA Fisheries had listed as endangered under the ESA in 2005. Since she was captured as a juvenile in a mass roundup of orcas for marine parks on August 8, 1970, Lolita has performed for the Miami Seaquarium three times a day for almost 45 years. For decades, activists have worked to retire Lolita from public display. With a comprehensive plan in place to rehabilitate Lolita back into her native habitat, organizations are pushing for her release, and this decision could bring her one step closer.

Finally. Lolita has a real shot at retirement with dignity and quality. She should not have to spend the the rest of her life amusing an endless stream of gawking tourists. She could be transferred to the sea pen in her original home range and finally retire from her role as a circus clown in a sub-standard amusement park arena and become a real orca again.

This is what happens when people come together for a common cause. All of the petitions, some 17,000 comments and the Miracle March for Lolita really did show that times are changing. Anti-captivity is becoming mainstream and people will no longer tolerate seeing sentient animals mistreated in abusements parks.

The Orca Network’s Howard Garrett, one of the organizations spearheading the plan for Lolita’s release, told the Dolphin Project:

This ruling is a huge step toward interjecting some mandated concern for Lolita’s health and welfare that can override the strictly monetary considerations that got her there in the first place. Our society doesn’t like animal abuse, and the more we learn about orcas the less we can tolerate seeing them locked up as circus acts. The legal initiatives that got us here have been brilliant and effective, while the mood of the country shifts from acceptance to rejection of captive orca entertainment enterprises. Things that seemed impossible a year ago seem doable today.

Even with the granting of ESA status, Lolita’s release is not a given. Even if it was, advocates still face one major obstacle — Miami Seaquarium. Robert Rose, the attraction’s curator of animals has already said they will not release Lolita and she isn’t for sale. Rose remains convinced that the orca will face a death sentence if released back to the wild, but Ric O’Barry countered:

Retiring her to a sanctuary is a simple piece of business that’s not debatable. Orcas are routinely transferred from park to park. There has never been an orca lost in transit.

There are a number of risks associated with release of captive animals to the wild including disease transmission, ability of released animals to adequately forage, social integration, and behavioral patterns developed in captivity that could affect the behavior of wild animals.  We are concerned about any experimental release and the potential impacts to the endangered Southern Resident killer whale population.

Ric has readapted and or released more than 20 dolphins back into the wild. The Dolphin Project has made the Protocol to Readapt/Release Captive Bottlenose Dolphins available HERE. As an endangered orca, Lolita will at least be afforded more protection than she’s ever had before, an issue Miami Seaquarium will be forced to address.

Since 1980, following the death of her companion Hugo, Lolita hasn’t had the company of another orca in 35 years. Furthermore, APHIS — the Animal and Plant Health Inspection Service, continues to permit the Seaquarium despite credible assessment that her tank is not in compliance with the Animal Welfare Act. A comparison of Lolita’s current tank inside the proposed sea pen that activists hope will become her new home. Image courtesy Paul James/Facebook and Google.

Whatever happens now, the decades-long fight to see Lolita returned to her native waters and her family will continue in earnest. Stay tuned.

Click here to see a list of Captive Dolphin Facilities that have been Closed or Never Opened.