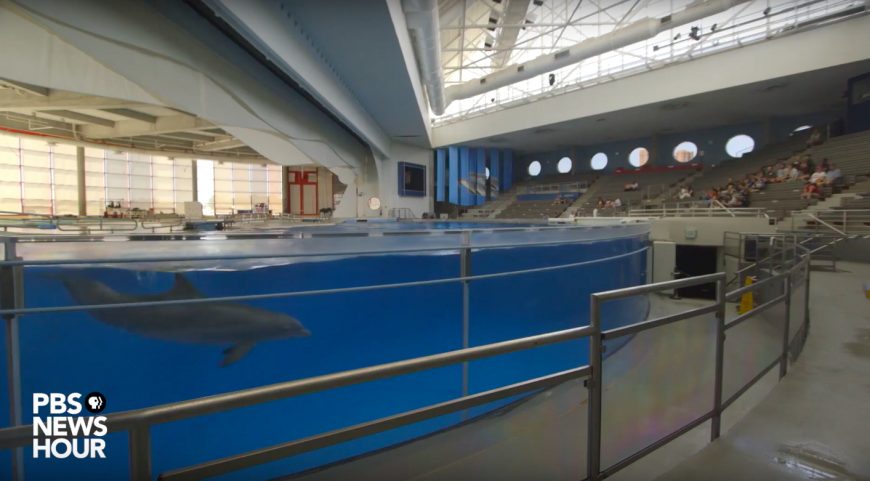 June 14, 2016: The Baltimore National Aquarium has announced plans to build a natural seawater sanctuary for the eight Atlantic bottlenose dolphins currently in their care.

We’re announcing today that we are moving our dolphins to a sanctuary, a natural, seaside sanctuary by the end of the year 2020.” ~ John Racanelli, CEO of the National Aquarium.

According to a report by Miles O’Brien, PBS NewsHour, this decision is in response to a rising tide of opposition to dolphinariums all over the world. The plan is for the aquarium to purchase and build a protected sanctuary off the coast of either Florida or the Caribbean. A team of professionals will evaluate potential locations where a lifetime of customized care for each dolphin will be provided.

It will be a first for an industry clearly resistant to change. Unlike the National Aquarium, Joel Manby, CEO of SeaWorld has refused to enter discussions about moving their orcas to seaside pens, choosing instead to leave the mammals in concrete pens for the duration of their lives.

Today, we’re announcing our plans to create a new way for dolphins to thrive in human care. https://t.co/15b1Qk5xYF pic.twitter.com/6h1IcAfpEk

Attitudes are changing – and here’s proof. The National Aquarium is on the right side of history. It’s time the rest of the industry caught up with them.” ~ Ric O’Barry

Read the full statement by the National Aquarium.