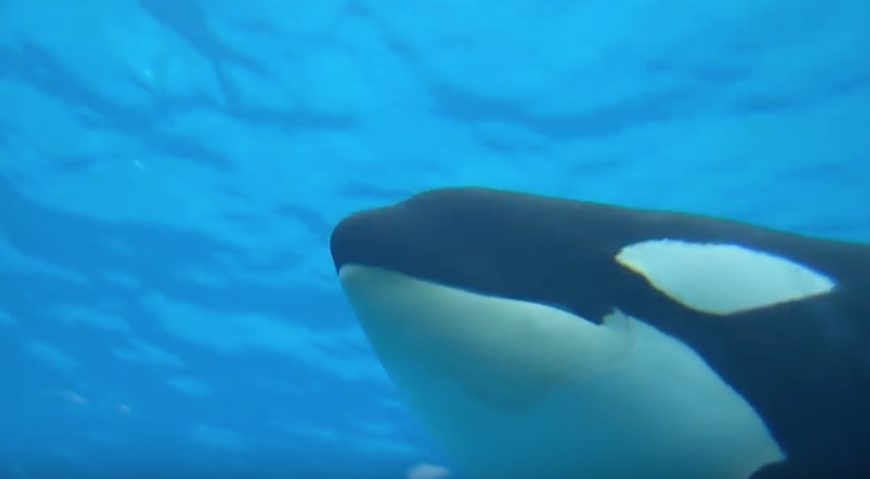 Kasatka, one of SeaWorld’s last remaining matriarchs, has died.

The orca, aged approximately 41 years of age, was wild-caught from Icelandic waters in October 1978. For 39 years, she was held captive, forced to perform every day as part of SeaWorld’s entertainment roster.

We are saddened to share the passing of Kasatka today (August 15, 2017) at SeaWorld San Diego. Following lengthy treatment for a bacterial respiratory infection, or lung disease, Kasatka’s health and appetite significantly declined over the past several days, despite continually tailored treatments. Kasatka’s veterinarians, who are experts in marine animal medicine, and her caretakers made the difficult decision to humanely euthanize her to prevent compromising her quality of life.” ~ SeaWorld, 8/15/17

In August 2016, SeaWorld released information that Kasatka had been suffering from a bacterial respiratory infection. The park announced that the dolphin’s chronic health problems were finally taking their toll. Kasatka, they said, was “having a more difficult time fending off the illness,” due to a weakened immune system. In June of this year, photographs received by Dolphin Project appeared to show Kasatka struggling to fight for her life.

Multiple attacks on her trainers, as documented in the movie ‘Blackfish’ resulted in trainers being barred from entering the water.

The video sequence of her throttling Ken Peters, as seen in the ‘Blackfish’ movie, is the most shocking human – orca encounter ever seen, including with wild whales, in my opinion.” ~ Dr. Jeffrey Ventre, former SeaWorld trainer and cast member of the hit documentary, ‘Blackfish’.

Despite SeaWorld ending its orca shows in San Diego earlier this year, and by 2019 in their San Antonio, TX and Orlando, FL locations, the company refuses to allow the mammals a proper retirement. Joel Manby, in an Op-Ed dated March 17, 2016, made the ridiculous statement that it wouldn’t be a wise option to release the orcas currently in their care.*
*Source: LA Times, 3/17/16

The public obviously isn’t buying SeaWorld’s rhetoric. In the second quarter and first half 2017 [financial] results, released on August 8, the company continues to lose both revenues and customers.

Kasatka was one of only four remaining wild-caught orcas still living in United States SeaWorld parks. With her passing, there are only three: Ulysses and Corky in San Diego, and Katina in Orlando.*
*Source: Voice of the Orcas