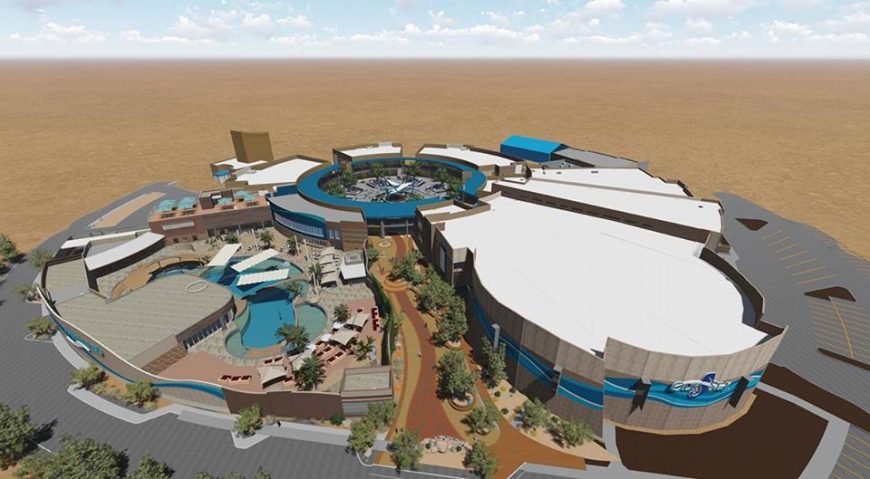 According to 3TV NEWS, KPHO/KTVK Arizona, five dolphins have now arrived to Dolphinaris Arizona in Scottsdale. The mammals were shipped from California for the purposes of populating the new swim-with program, scheduled to open in September.

Dr. Grey Stafford, General Manager of Dolphinaris, stated we can expect up to 12 captive-born dolphins to reside at the facility.

Swim-with-dolphins (SWD) programs place extraordinary amounts of stress on captive dolphins, who may interact with over 50 tourists a day. In a report by Delfines En Libertad, entitled Report on captive dolphins in Mexico 2015, “The SWD activities have become a prime tourist attraction, with all major tour companies selling and promoting SWD excursions. The demand to swim with dolphins in captivity has enabled the Mexican dolphinaria industry to grow exponentially.” Dolphinaris Arizona’s parent company, Ventura Entertainment, is based in Mexico.

The dolphin show only serves to perpetuate our utilitarian perception of nature. It’s a form of BAD education.” ~ Ric O’Barry, Founder/Director of Dolphin Project

In an era when facilities such as the National Aquarium in Baltimore have publicly announced plans to get out of the dolphin captivity business, Dolphinaris Arizona is clearly disregarding both science and ethics.

Sign the petition: A Big “NO” to Captive Dolphins in Arizona!