‘Beneath the Surface’ reveals why SeaWorld is afraid 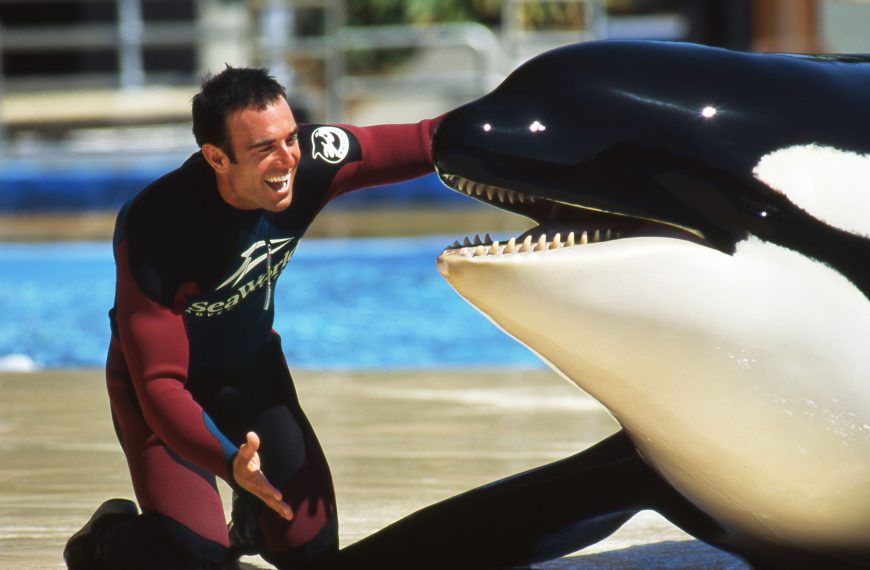 In his highly-anticipated book, Beneath the Surface, John Hargrove reveals new details by diving even deeper into SeaWorld’s darkest depths.

When Hargrove left SeaWorld in August 2012, he departed as one of the marine park’s most elite trainers. Having accomplished his childhood aspirations of becoming an orca trainer, his 14-year career was capped not by fanfare, but with a broken body and a disillusioned mind.

Hargrove begins his story by introducing Freya, a whale he worked with at Marineland Antibes in France.  As a female Icelandic orca captured from the wild in 1982, Freya’s actions promptly set the tone for the remainder of the book. In the grand scheme of orca training, you can go from chief to subordinate very, very quickly.

Emphasizing not only the strong bond between trainers and whales but the need for teamwork between colleagues, Hargrove offers a fair assessment of his coworkers and chooses to level most of his criticism at the multi-billion dollar marine park.

The book of course, is also about the whales, and if one wonders what life is like for an apex predator confined to a tank, then Beneath the Surface offers a front row seat. Served with a dose of psychological clarity, the author weighs in on the complicated and muddied waters of the trainer-whale relationship.

With the orca captivity debate still raging, Hargrove highlights one thing about forcing whales into artificial environments – it’s complicated and often dangerous. Having worked with 20 different whales during his career, only someone with his knowledge could reveal the grittier details behind SeaWorld’s public image.

Take the whales’ idiosyncrasies, for example. There is Kasatka, whose dominance grants her the ability to exert control over every other whale in her facility. While Takara’s ability to dissect a seagull so precisely that she would present its heart to trainers — with wings attached, is spectacular and macabre. Everything about these whales screams individuality.

With a disposition enhanced by intelligence, the author emphasizes the need against underestimating the capabilities of these magnificent marine mammals. Their skills and smarts are never more clearly displayed than when Hargrove describes the hunting techniques used to garner seagulls. It is both thrilling and chilling to realize that these tactics are employed by both wild-caught and captive-born whale alike. Given the four human deaths attributed to captive orcas, Hargrove’s danger message is only reinforced. Involved in his own incidents and accidents, the author acknowledges that when and if an orca chooses to kill, there is little to be done to avert it.

In Feb. 2010, a highly skilled and safety-conscious SeaWorld trainer named Dawn Brancheau was butchered by a SeaWorld-owned orca named Tilikum. This was the third time he had killed. In 1991, he was involved with two other whales in the killing of Canadian trainer Keltie Byrne. Daniel Dukes in 1999, was Tilikum’s second victim.

Further complicating the issue for SeaWorld, was the death of a young and upcoming Spanish trainer named Alexis Martinez. He was killed by Keto, another SeaWorld-owned orca at Loro Parque in Tenerife.

Hargrove was still training orcas when both Martinez and Brancheau were killed. Few know what occurred in the aftermath and behind closed doors at SeaWorld, but his retelling of Keto’s attack on Martinez, is horrific and tragic. In direct contrast, Brancheau’s death, Hargrove alleges, was virtually shut down by senior management. Inquiries were not encouraged.

From artificial insemination, inbreeding, illness, accidents and dangerous encounters, Hargrove and his coauthor – Howard Chua-Eoan, leave little off the table when it comes to the whales. From a health and ethical perspective, new revelations can and must serve to advance the discussion.

The ethical debate is a long one, and we’re told not to anthropomorphize these marine mammals, but how can you not when you hear of a whale named Orkid, taking care of an epileptic orca named Splash? It only speaks to the conscious choice she made to care for another of her species, and one who is completely unrelated to her. John and Takara at SeaWorld of Texas, 2012. Credit: Daniel

Hargrove shares his knowledge in the hope that the public will consider what captivity imposes on these animals, and whether it is worth the price of a show purely for our pleasure. Is it educational or even scientific, he suggests, when captivity can change their natural behavior from the very moment they are born? The former trainer explains how because of the confined environment, newborn calves must learn to feed motionless in order to drink their mother’s milk. This is a “learned behavior” he says, completely unnecessary in the wild.

Dawn Brancheau’s death forcibly changed SeaWorld’s business model forever. It also transformed the show. Trainers performing in the water alongside these orcas remains a thing of the past, yet Hargrove points out that Dawn wasn’t even in the water when she was killed by Tilikum. This important point is overlooked, when in reality, it should never be forgotten.

If there is any greater endorsement for Hargrove’s book however, it is SeaWorld’s reaction to it so far. Prior to publishing, the giant marine park threatened legal action against the former trainer and his publisher – Palgrave Macmillan. This legal action was dropped and SeaWorld launched a new ad campaign to coincide with the book’s release.

On sites like Amazon that are actually selling the book, radical pro-SeaWorld supporters are deliberately voting the book down with opinionated reviews that address none of the actual facts or claims in Hargrove’s book. SeaWorld also launched a new campaign on Twitter called #AskSeaWorld, inviting questions from the public with the promise of an answer. It probably wasn’t the smartest move on the park’s behalf, the questions so far, have not been what SeaWorld hoped for.

The marine park was hit by yet another lawsuit on Wednesday – an 85-page federal class action-lawsuit claiming that if tens of thousands of consumers knew about the treatment of SeaWorld’s orcas in captivity, they would not have bought tickets or memberships.

SeaWorld officials called the lawsuit a publicity stunt filed by attorneys who represent John Hargrove. They even went as far as to tell WFTV, “the lawsuit is Hargrove’s effort to gain more coverage.”

Hagens Berman, the lawyers who brought suit, said it represents all consumers who have purchased tickets, memberships or SeaWorld orca experiences over the past four years at any of the three SeaWorld parks — whether you live inside these states or not. Further information is available by contacting Hagens Berman: [email protected], by calling 206-623-7292 or by visiting  Hagens Berman website.

Hargrove’s book certainly earns its multifaceted title, and SeaWorld will face further scrutiny. His journey is one that will resonate with many both within and outside of the business. Beneath the Surface leaves an indelible impression. When it comes to keeping orcas in captivity, there is still much the public must learn.