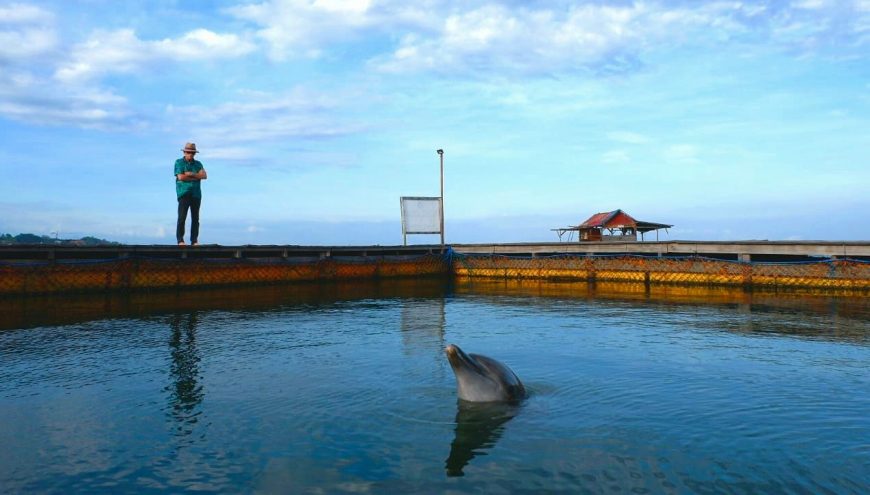 It’s been three weeks since Dolphin Project, in conjunction with our local partners, the Central Jakarta Forestry Department and the Jakarta Animal Aid Network (JAAN) successfully confiscated two bottlenose dolphins, along with many other animals from the Melka Excelsior Hotel in Bali, Indonesia. The animals were all suffering and confined in deplorable conditions. 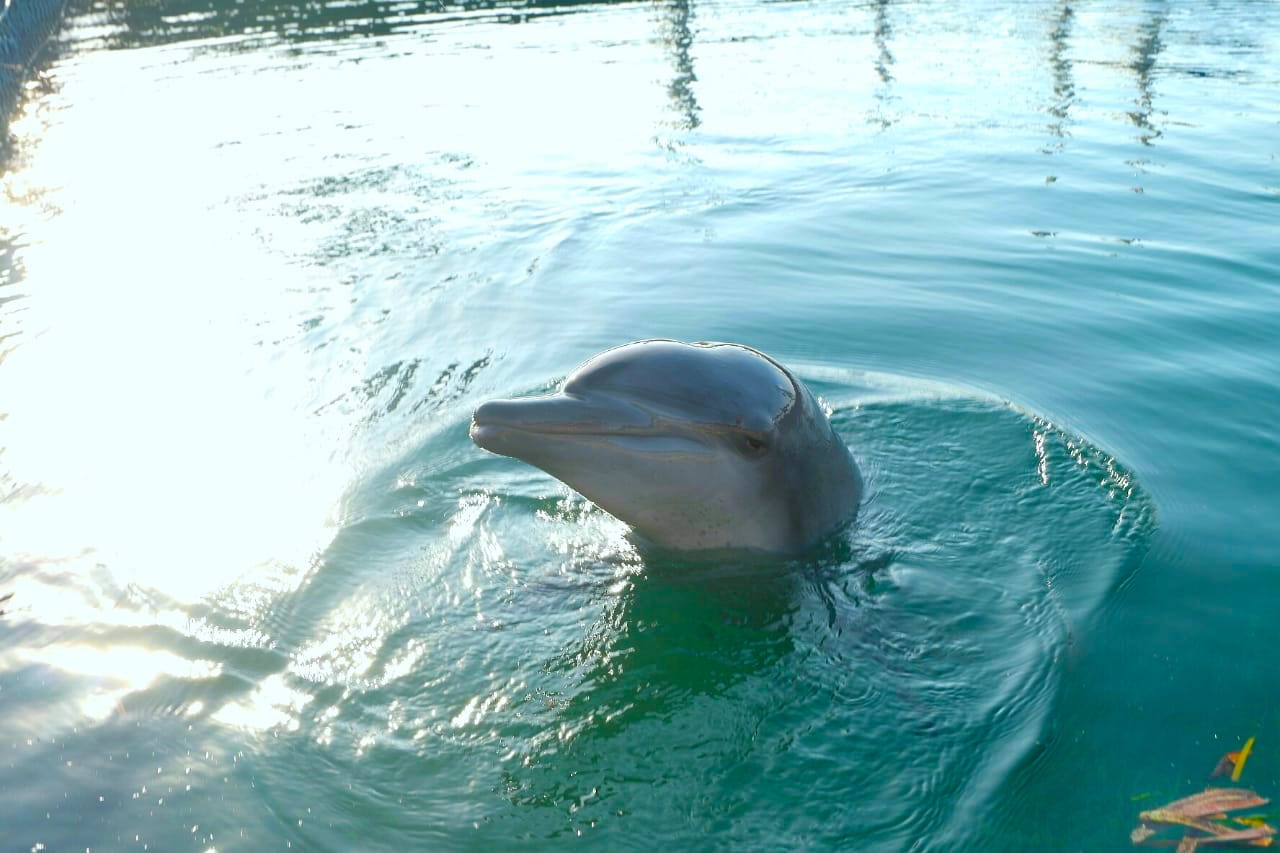 The dolphins, Rocky and Rambo, were taken to Dolphin Lodge in Sanur, Bali, where they remain in quarantine. The healing process began almost immediately for both dolphins as soon as they touched down into natural seawater. The water is clean and clear, at least at high tide.

Both dolphins need to gain weight, perhaps 30 kilos. And they are gaining weight every day. We can see the change. They are eating whole fish again instead of small pieces of cut fish. At the Melka Hotel, they were fed seven times a day in order to accommodate the never-ending line of tourists who wanted to swim with them and watch them perform. Now, they won’t even touch small pieces of fish. They want the good stuff, and they are getting just that. 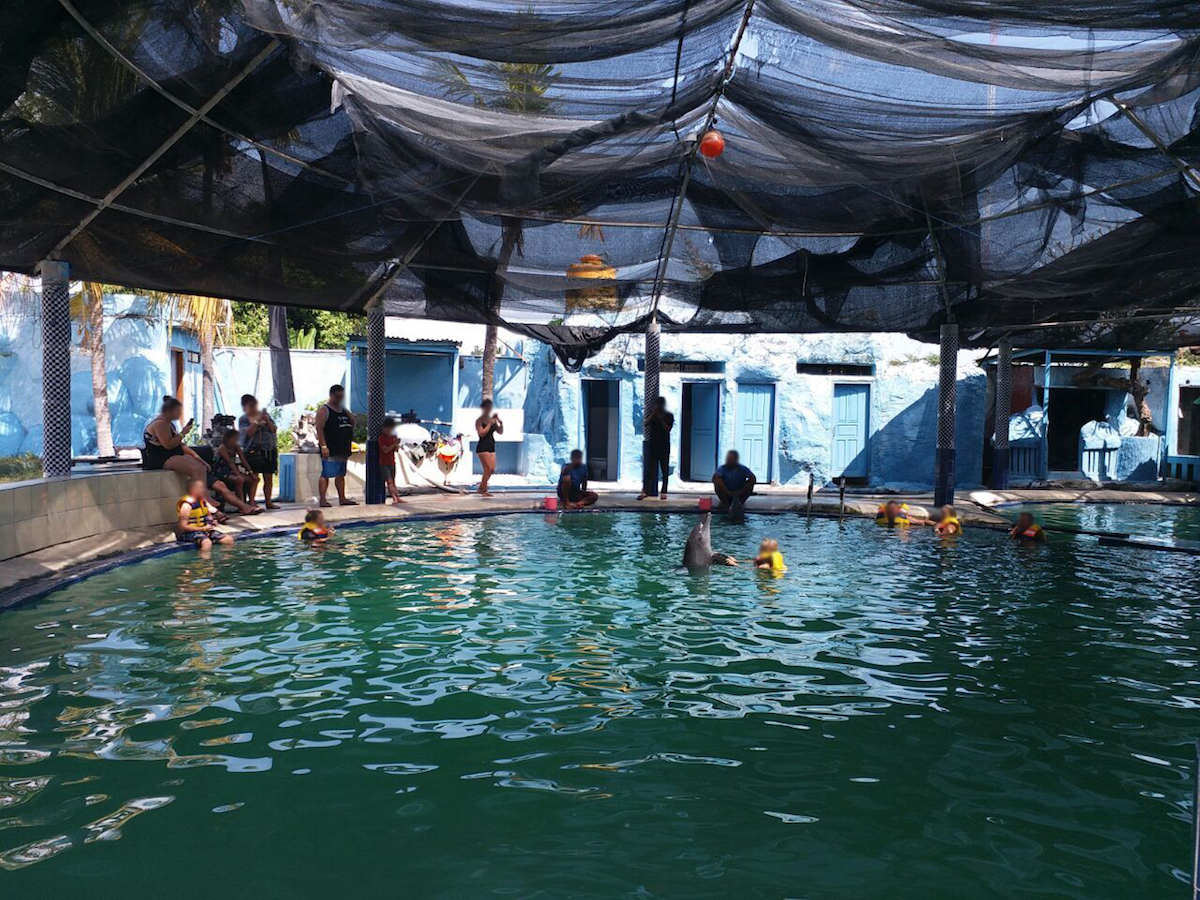 Their new sea pen is not ideal, but it is far better than where they came from.

Dolphins urinate and defecate three to five times the quantity that humans do every day. The swimming pool at the Melka has a small filtration system, and it’s not adequate to keep the water clean. Consequently, the dolphins were literally swimming in a toilet bowl. So were the tourists who bought tickets to swim with the dolphins. Great quantities of chlorine were added to keep the harmful bacteria level down. I suspect that chlorine is the reason why some of the dolphins have severe eye problems. 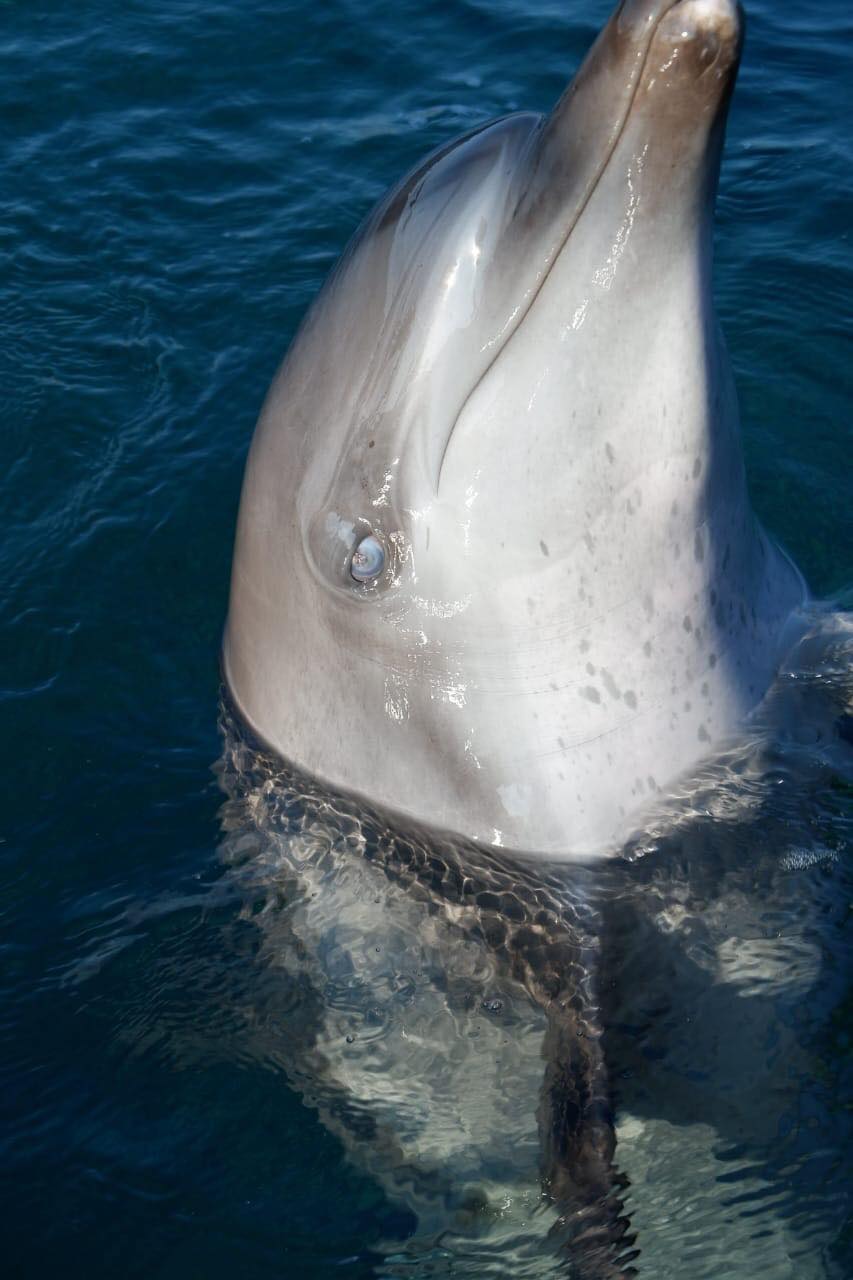 Rocky’s right eye is damaged. It could be from chlorine toxicity. We don’t know yet. There is much we must learn about Rocky and Rambo.

In a perfect world, Rocky and Rambo would have been transferred immediately to Camp Lumba Lumba, the world’s first permanent facility dedicated to the rehabilitation and release of wild dolphins in Kemujan, Karimun Jawa, of which Dolphin Project and our local team built. These are the waters from which they were confiscated. But, as the prosecutor explained; the dolphins must remain in Bali for the next six months, as this is an ongoing case of animal cruelty. Rocky and Rambo are evidence in the case. They must remain at Dolphin Lodge for six months. Hopefully, both will be transported to Camp Lumba Lumba sometime in February 2020. And if they prove to be candidates for release, both will be returned to the wild after a rehabilitation process using the same protocol we used successfully in Guatemala, Nicaragua, Brazil, and South Korea.

A fifth dolphin died on August 4th, just one day before the raid on the Melka. 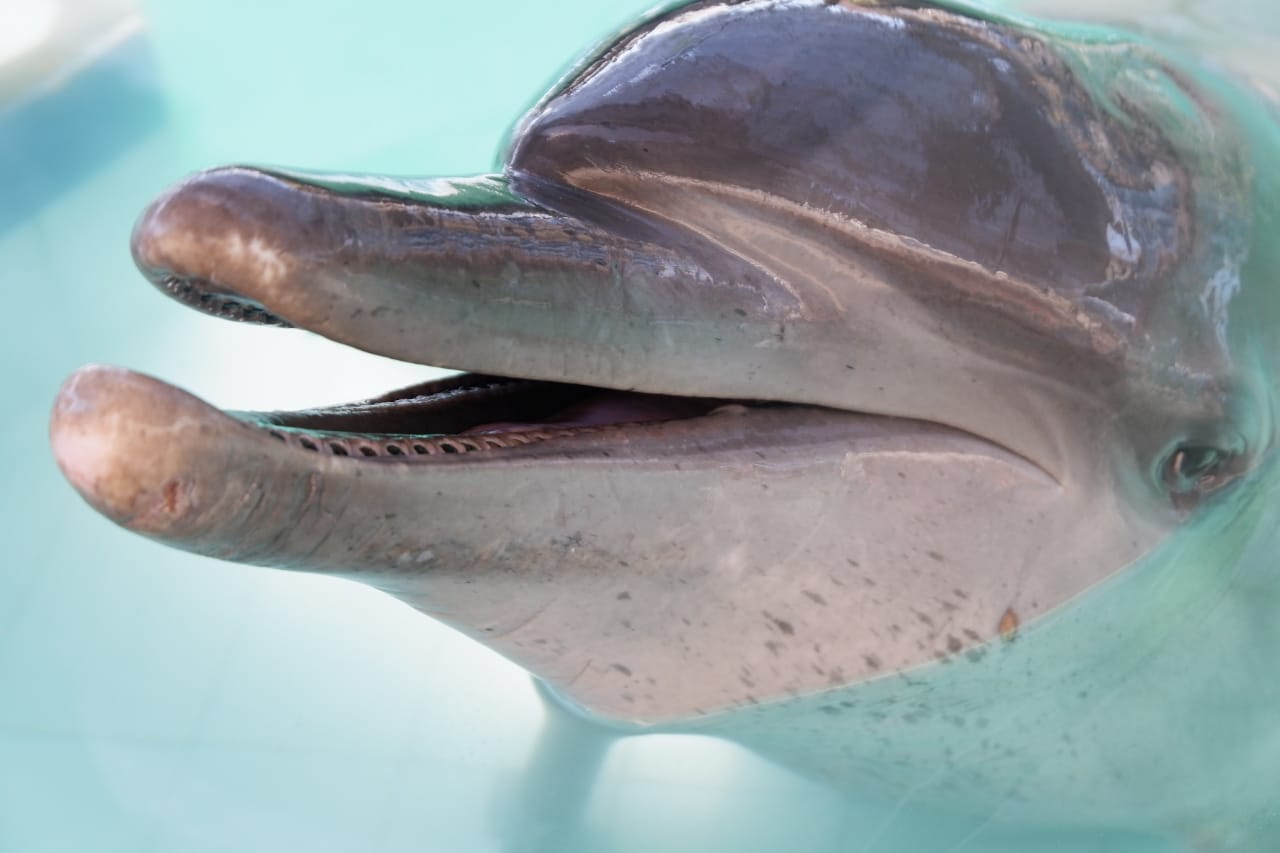 Johnny and Dewa can’t be released back into to wild, at least that’s my professional opinion. Johnny is blind. Probably from the high levels of chlorine, and Dewa’s blood work is showing a very high white blood cell count. He might not make it.

Dewa no longer has the ability to catch fish. His teeth are gone. Filed down, or something. We really don’t know what happened to his teeth.

Details regarding the blindness and toothlessness are guess work. Medical records and trainers log books are nonexistent in these substandard dolphin operations. These places are off the grid. We only know that all five were purchased from the infamous traveling dolphin circus in Indonesia.

If Johnny and Dewa are removed from the Melka, they will hopefully live out their lives in a dolphin sanctuary, and that’s going to be a challenge: there are no sanctuaries here in Indonesia.

We’re going to have to create one. 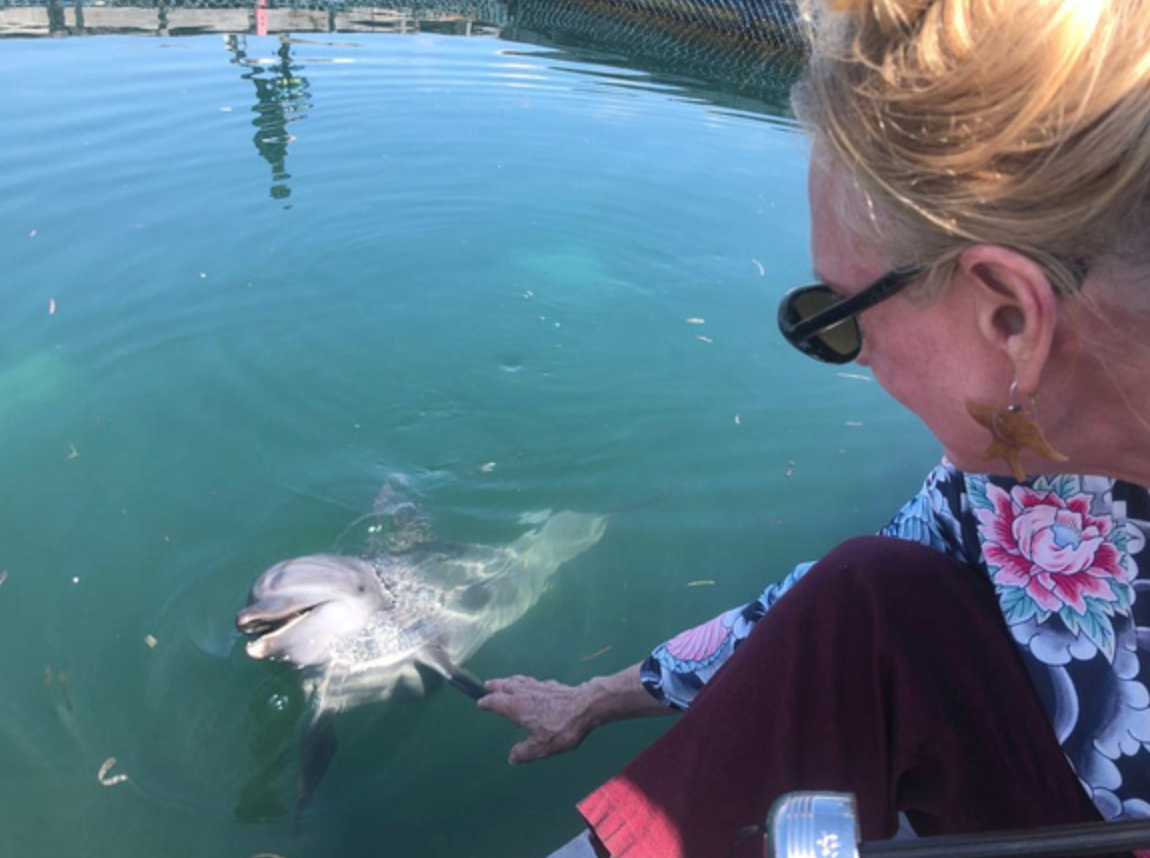 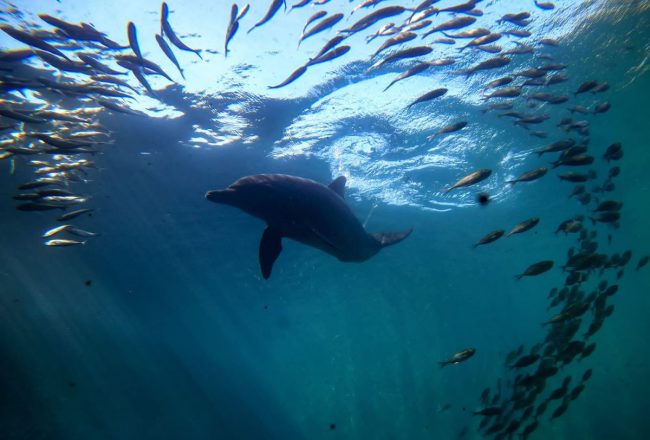