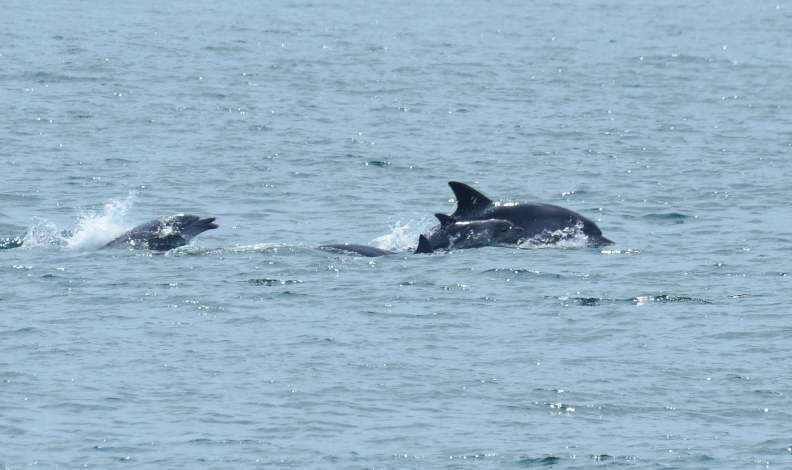 Four months after Sampal was spotted with a calf – one of five Indo-Pacific bottlenose dolphins rehabilitated and released back into her original home range off the South Korean island of Jeju – we have news that another baby has been born!

According to a report from Yonhap News Agency, a team from the Dolphin Research Group of Jeju University/Ewha Womans University confirmed that Chunsam has successfully given birth. The pair has been documented many times from July 20 to August 11, with the birth likely occurring between late June and mid-July.

Chunsam was among five dolphins caught and sold illegally to aquariums in the country between 2009 and 2010. In 2013, the Korean Supreme Court ruled to release them back to the wild as a result of years of campaigning by local animal welfare groups. Ric O’Barry was in South Korea helping the Korean Animal Welfare Association, along with other NGO’s with the rehabilitation for three of the five dolphins in 2013, including Sampal, Jedol and Chunsam. Dolphin Project’s Protocol for Releasing Captive Dolphins was used for rehabilitating the dolphins.

The real hero in this story is the Mayor of Seoul, South Korea, the Honorable Park Wan Soon. The mayor spearheaded this release and approved the budget to make it happen.” ~ Ric O’Barry, Founder/Director of Dolphin Project

We wish Chunsam and her new baby a life filled with all things wild and wonderful!