‘Athletes for Dolphin Project’ — Run Rampant for the Dolphins!

Home/Blog/Captivity Industry/Kids/‘Athletes for Dolphin Project’ — Run Rampant for the Dolphins! 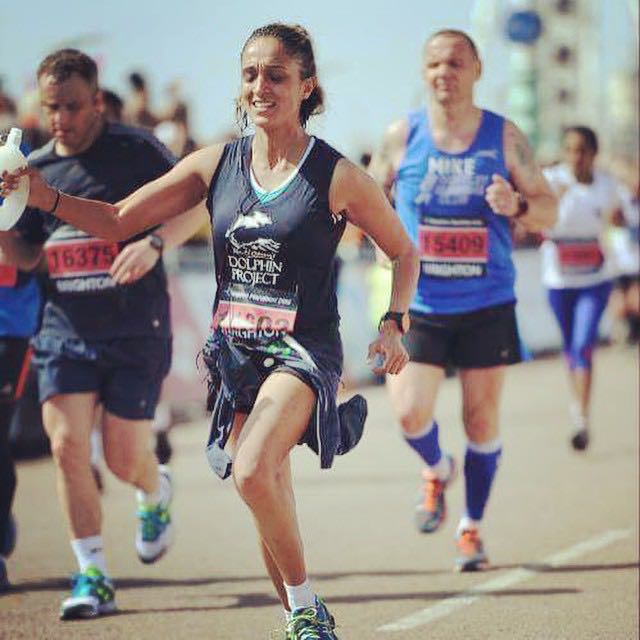 Or walk, swim, rock climb, cycle or play one of your favorite sports! Whatever your preference, we’re asking you to make a difference for Ric O’Barry’s Dolphin Project in our new campaign — ‘Athletes for Dolphin Project.’ This worldwide event asks you to get active and raise awareness over dolphins captured and slaughtered in Taiji, and those confined to a tank anywhere in the world.

The project is spearheaded by Shannon Richards from Texas, and Takayo San from Sendai, Japan. Shannon, who has hosted several events for the Dolphin Project — including participating in this year’s, ‘Ironman Texas’, told us that she and Takayo shared a common passion: To end the senseless slaughters in Taiji and to end cetacean captivity around the world. “While I do what I can to raise awareness in the US,” Shannon said, “Takayo is very busy raising awareness among her own people in Japan.”

Get our branded Activewear here The duo had hoped to run the Sendai Half Marathon together in Takayo’s home city, before the event fell through. Still, not to be thwarted, Shannon and Takayo put their heads together and came up with the ‘Athletes for Dolphin Project’ event. “We decided that even if we couldn’t run in the same place, we could at least run on the same day!” Shannon explained. On June 13 and 14, 2015 they did just that — but 5,600 miles apart.

Shannon will be competing in the Boulder 70.3 triathlon, which is a 1.2 mile swim, followed by a 56 mile bike, and ending with a 13.1 run.  Takayo will be competing in her first ever 10k, taking place during the Miagi Genki Marathon. “I am challenging myself to move from inaction to action,” Takayo said, “physical action, something I believed impossible.”

They would love for you to join them!

We want everyone to participate regardless. You don’t have to be a celebrity or elite athlete to make a difference. All you need to do is get out of your comfort zone a little bit and be willing to speak out about what is happening. Wearing a Dolphin Project shirt helps break the ice. Get out and talk to people at your events and let people know about what is happening in Taiji, and how places like SeaWorld and swim-with-dolphin venues are not in a dolphin’s best interest! Encourage them to see ‘The Cove’ or ‘Blackfish’, and form their own opinions about captivity. — Shannon Richards

The beauty of ‘Athletes for Dolphin Project’, is that it’s flexible. Participants can choose their favorite exercise or activity and either join an established event close to home, or create one from scratch.

We have coordinated the dates so that everyone can participate no matter where they are. You only need to travel as far as your own city to be a part of this. It doesn’t have to cost a thing if you can organize a walk or bike ride with fellow advocates. Or you can sign up for an already organized event like a 5K or triathlon. The possibilities are endless. We hope many people will take advantage of this opportunity to be a voice for dolphins. — Shannon Richards

So don a Ric O’Barry’s Dolphin Project shirt and join in! Sports encourage teamwork and unity — something Shannon and Takayo are hoping will raise awareness for the Dolphin Project cause. “I think that this event could be a great success in many ways,” Shannon says, “we want the end result to be the same no matter what our athletes choose to do: Make more people aware of the cruelty behind captivity and not to visit marine parks.” Shannon Richards and Takayo-san of Athletes for Cetaceans

Takayo meanwhile knows that she will have to push herself to complete her first 10k. “I often find that it is unbelievably easy to BS myself in my mind,” she said. “I can come up with the worst excuses in the world!” But she’s also prepared to to see how far she can push her  limits, both physically and mentally, to raise awareness in Japan and educate her people about Taiji. “Everyone has something they think they can’t do and every single one of us gets to choose whether or not they do it anyway — which one will you choose?” Takayo asks.

Consider joining the Athletes for Dolphin Project Worldwide Event on June 13 and 14.  For further details  visit Athletes for Change on Facebook or the Dolphin Project Crowdrise page. “We need to let the world know that what happens to the dolphins in Taiji is not a tradition,” Shannon says, “and that buying a ticket means more dolphins will die for entertainment.  Let’s keep the pressure on Taiji.”

Check out some of our other Crowdrise fundraisers below or contact us to set up your own.