An Attack on the Senses

Home/Blog/Campaigns/Japan/An Attack on the Senses 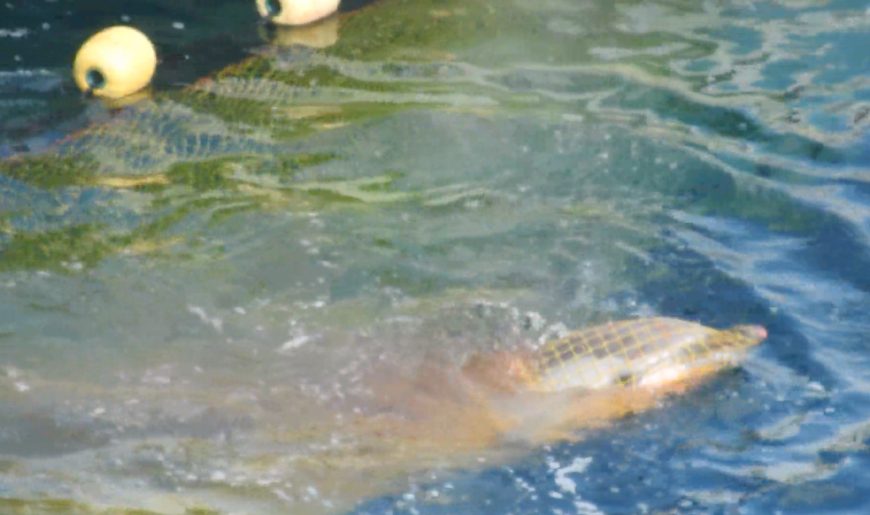 Taiji, 1/16/18: For the fourth time this season, Taiji, Japan’s dolphin hunters successfully forced an unsuspecting pod of striped dolphins into The Cove. The drive was prolonged, even agonizing, as viewers across the world watched – and listened – in real-time the suffering these mammals endure. 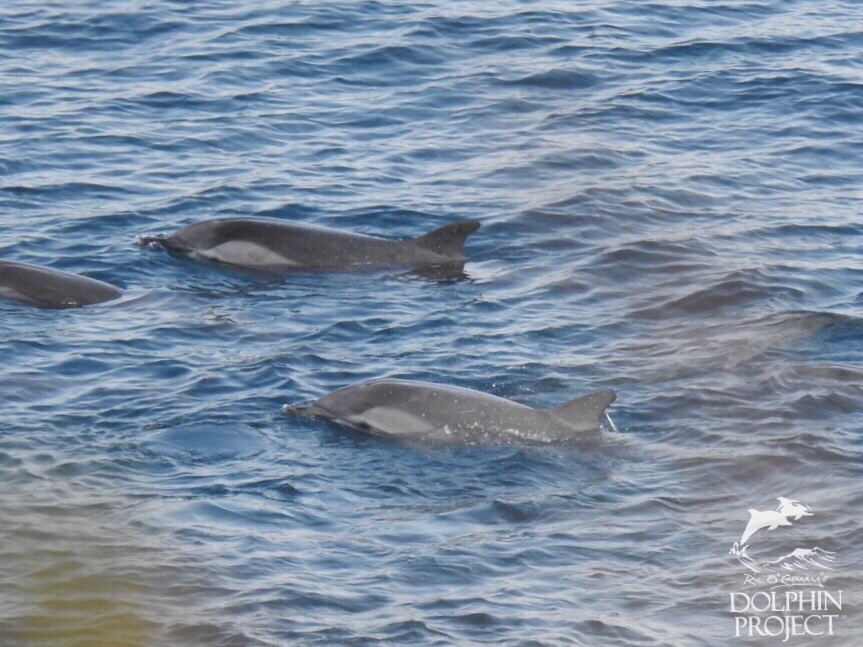 As the hunting boats neared The Cove, the attack on the dolphins’ auditory system could clearly be heard. Explains Tim Burns of Dolphin Project:

The banging sounds heard during the dolphin hunts are that of the hunters banging pipes or hammers onto poles lowered into the water. These sounds serve to terrify and disorientate the dolphins so they can be manipulated into swimming away from open water and into the shallow confines of The Cove.”

Once the dolphins are driven into the bay just outside the mouth of The Cove, skiffs join the banger boats, from which lead weights tied to ropes are thrown at the dolphins. Hunters then put their skiffs into reverse, creating propwash, noise and vibration. The mammals are further frightened and stressed, thus giving the hunters the advantage, with the dolphins succumbing to the hunters’ goal of being pushed into shallow waters for slaughter or capture. 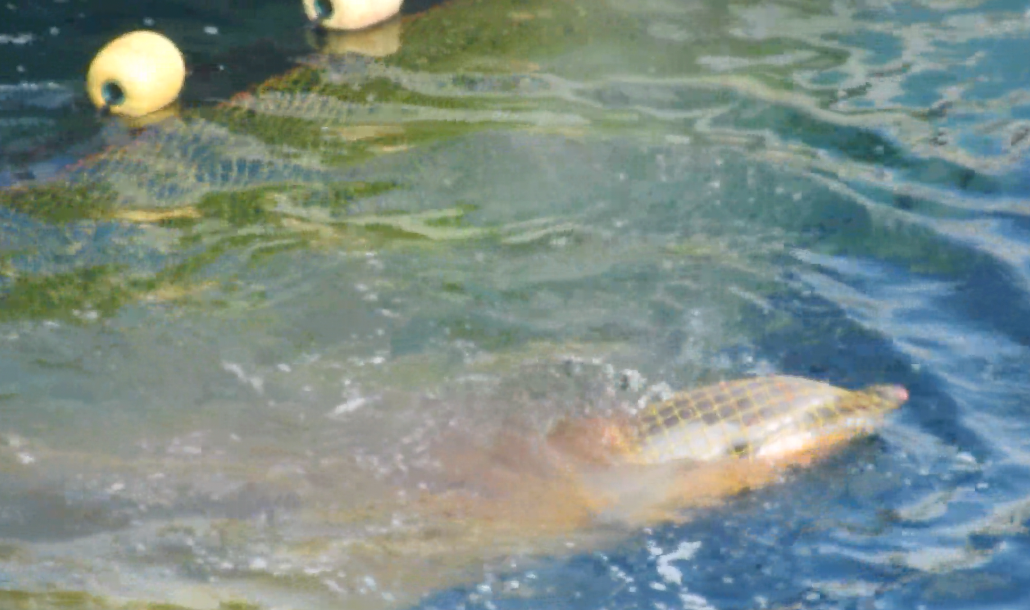 All 24 dolphins driven in during yesterday’s hunt were slaughtered, but not before our cameras caught one of the mammals struggling in a net. For several seconds the dolphin panicked in attempts to breathe, then a skiff approaches the mammal, running it over. Moments later, that same dolphin is seen with a rope wrapped around its tail, being dragged towards the tarps to its slaughter.

When the hunters bang on the poles, it’s loud, even for us standing up on Takababe Hill. It’s unimaginable how loud it must be for the dolphins under the water. I will never forget the sound of dolphins struggling as they drowned in their own – and their family’s – blood.” ~ Molly Gray, Dolphin Project Volunteer Cove Monitor 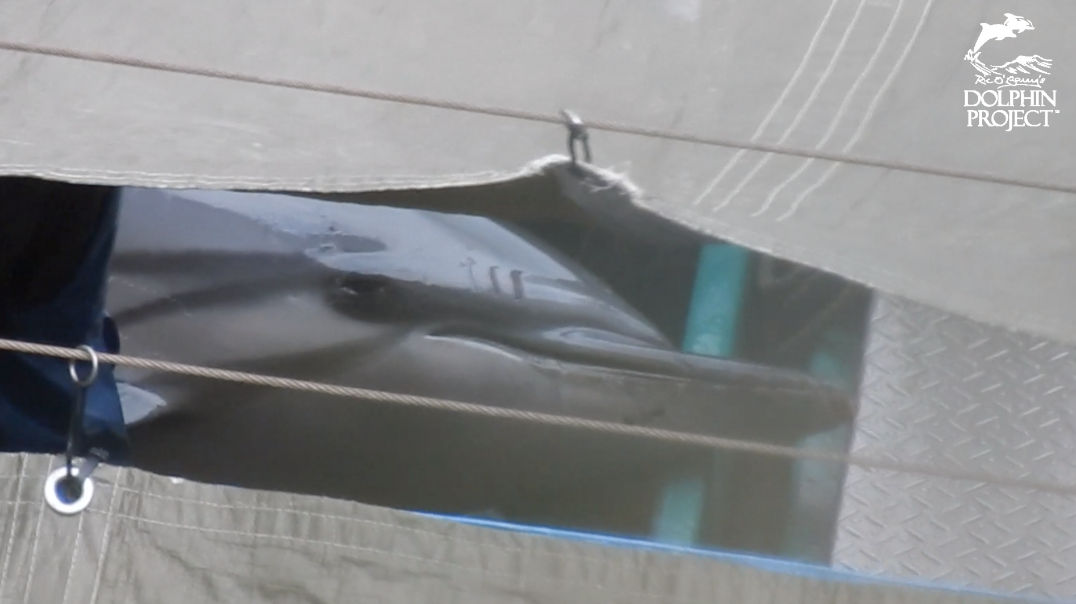 Dead striped dolphins lie atop one another on skiffs, Taiji, Japan. Credit: DolphinProject.com 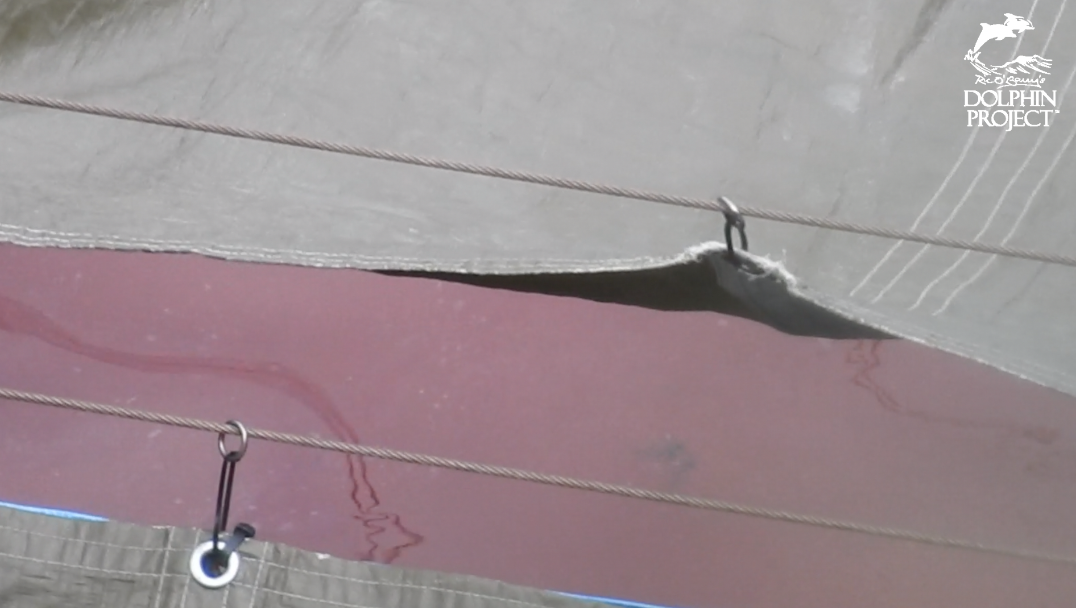 The blood of slaughtered dolphins spills into The Cove, Taiji, Japan. Credit: DolphinProject.com

The level of cruelty Taiji inflicts upon migrating pods of dolphins literally takes one’s breath away. What “culture” or “tradition” would involve deliberate acts of savagery against other beings?

It’s time these dolphin hunts were identified for what they truly are: acts of violence.

Take Action for the dolphins of Taiji.