The Korean rehabilitation and release project, of which I was an advisor and the Korean Animal Welfare Association (KAWA) an integral part, can be officially declared a roaring success!

Here is a screen capture of the moment of the release from the sea pen, on July 18.  The net was lowered and the dolphins Jedol and Chunsam swam out from the sea pen and into the open ocean: Sampal, who was also being rehabilitated, had escaped the sea pen before the official release and rejoined her original pod.  After the official release, Chunsam was seen with an adult dolphin and a calf, and Jedol was observed as not having rejoined his home pod.  We were concerned that these two might not find their original pods – captivity is extremely traumatic for dolphins, and it could leave potentially permanent psychological scars. However, it appears that this story has a happy ending: Hyung Ju Lee, campaign manager for the KAWA, reports that, on August 3, Chunsam was observed as having joined her original pod at 10am, and then at around 4pm, “the monitoring team found both Jedol and Chunsam swimming with a pod of more than fifty dolphins.”

They all found their way home!

The three dolphins are doing just fine after having been returned to the ocean.  They are keeping distance from boats and marinas, which means they no longer rely on humans for food.  In short, these three beings, torn from their families and exploited for money, have been allowed to live out the rest of their lives in the ocean, as it should be.

Here is a video of that big pod, swimming freely in the ocean.  Many thanks to KAWA for the videos and for leading the rehabilitation and release project. 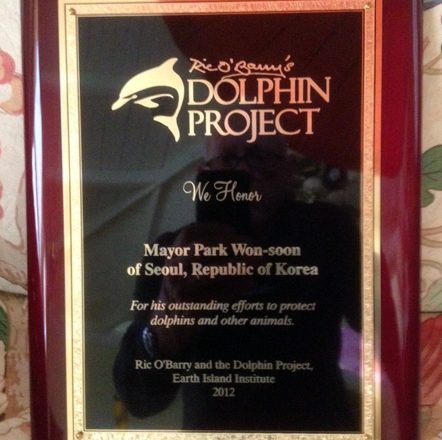 Korea and Cetaceans: A Key Time