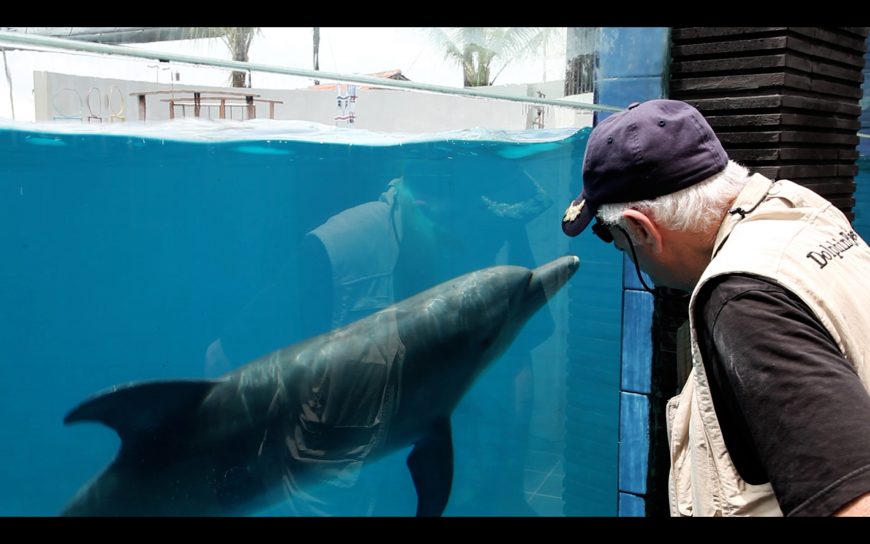 As unbelievable as it sounds, there are still dolphins being used in traveling circuses in Indonesia.  Our rehabilitation facility, built by my son Lincoln O’Barry and I and designed to release these suffering animals back to their ocean home, stands empty to this day. We need your help to put a permanent stop to this abhorrent practice!

More than a year ago, working with our partners at the Jakarta Animal Aid Network (JAAN), Dolphin Project signed an agreement with the government of Indonesia to rehabilitate and release the dolphins from the circus and other commercial facilities.  JAAN has identified more than 90 dolphins that have been caught illegally and are being kept in aquariums and a traveling circus.

The government has since reneged on the deal, likely due to pressures from the captivity industry.

The government, however, has a legal responsibility to abide by the deal, due to the fact that these dolphins were captured with permits stipulating that they were ‘rescues’, with the dolphins being kept on a temporary basis only. Many years later, it is plain to see that the industry has no intention of releasing these prized, revenue-generating dolphins. This direct transgression of Indonesian law demonstrates that the circus and commercial facility owners not only disregard their nation’s legal structures, but ethical ones as well.  JAAN and Dolphin Project have recently initiated legal action against the government.

Traveling circus animals are among the worst treated on the face of the planet, which is what led China and other nations to recently ban the practice. Dolphins in traveling circuses suffer worse abuses than the rest, as you can see from this shocking video shot by my son Lincoln.
Based on our agreement with the government, and all on our own dime, we constructed a state-of-the-art rehabilitation facility, which has been sitting empty for over a year now. The government refuses to release the captive dolphins to us, likely bowing to pressure from the industry.

There is much you can do to help. Please sign and share this important petition and contact your local Indonesian Embassy, requesting the government to hold up their end of the agreement and release the captive dolphins to JAAN and the Dolphin Project, so we can rehabilitate and return them to the ocean where they belong. There is a global movement of people heading to Indonesian embassies around the world, to voice their concerns for the dolphins. Please consider organizing such an event at your local Indonesian embassy: