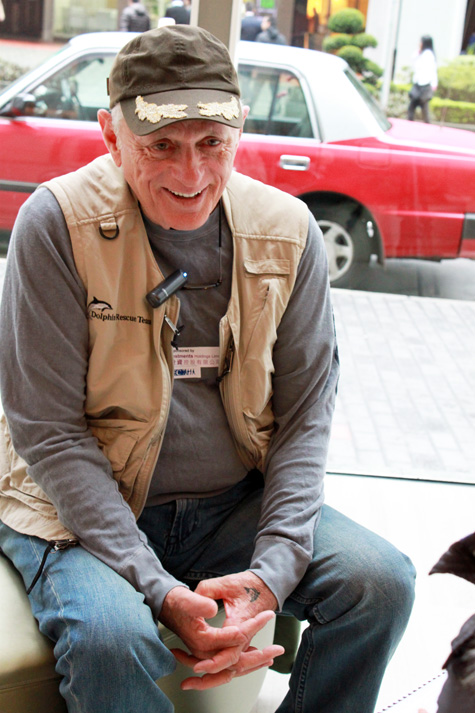 I’ve been invited to spend a week in Hong Kong to promote the protection of dolphins.  A student group – AIESEC LC HKBU: Make a Change to the World – is hosting me, setting up events including screenings of The Cove, press conferences, meetings with students, and a debate with the staff of Ocean Park, the dolphinarium here in Hong Kong which has tried to import dolphins from the Solomon Islands.   The main organizer for the week is  Vriko Kwok, an impressive student from the college – I see great things in her future with her enthusiasm, organizational skills, and warmth.

Here is a very impressive video they put together about my visit and dolphin captivity:

Most of the captive dolphins from Taiji that are not kept in Japan are exported to China, often, we believe, via Hong Kong, so we have an opportunity to raise awareness here about the problems with dolphins in captivity.

Recently, due to public outcry, Hong Kong Airlines is under pressure internationally to confirm that they will no longer transport captive dolphins.  We plan to go to their headquarters to see if we can get an answer from them.  I will encourage the airline to respond to Hong Kong environmental groups with definitive word that all such transport of dolphins and whales for commercial purposes will cease.  (The previous communication came from their London office, but their headquarters have not responded to local groups.) That is the responsible thing to do.

I also will be applauding efforts to help protect sharks rather than exploit them for commercial gain.  Several Hong Kong hotel/restaurants that no longer serve shark fin soup are acting responsibly to protect the environment.  Sharks and dolphins are in trouble around the world from a variety of problems – nets, over-exploitation, and pollution.  We all have to work harder to protect our oceans, a common heritage for all people.  I plan to present plaques to two such hotles that have pledged to take shark fin soup off their menus.

So far I’ve had meetings with several student groups and discussed dolphins with the local media representatives.

Hong Kong is a key city in the world which can make a big difference for dolphins and sharks! 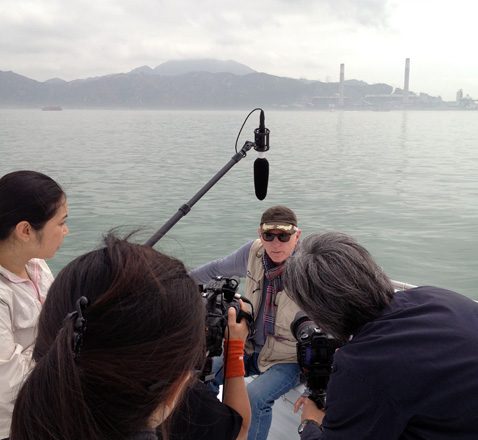 A Dolphin Debate in Hong Kong